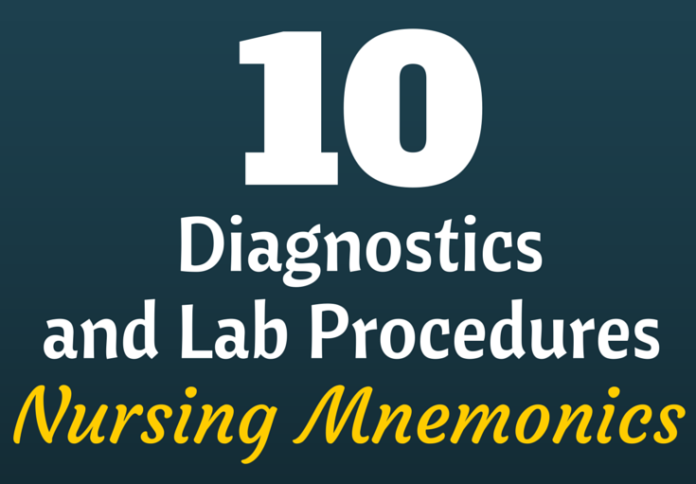 The blood urea nitrogen or BUN is a blood test that measures the amount of urea nitrogen in the bloodstream. It reflects how well your kidneys are.

When a person is dehydrated, false results might be obtained as BUN levels increase when blood is concentrated. 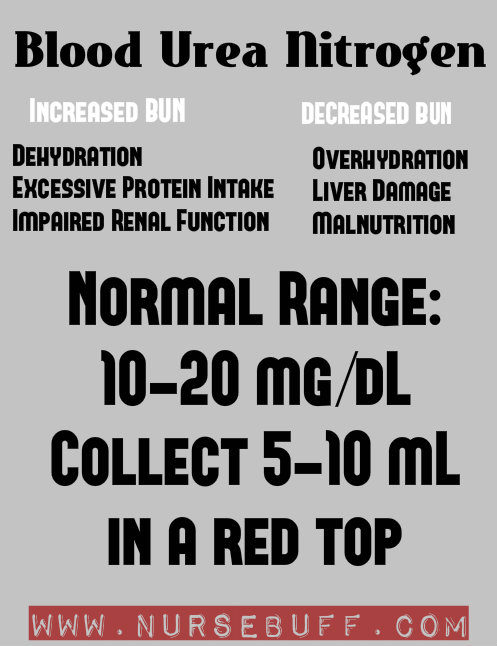 Creatinine is a waste product produced by muscle metabolism. Kidneys filter creatinine so it will be excreted through the urine.

Measuring urinary creatinine clearance during unilateral kidney impairment is insignificant as the healthy kidney can still excrete creatinine through the urine. 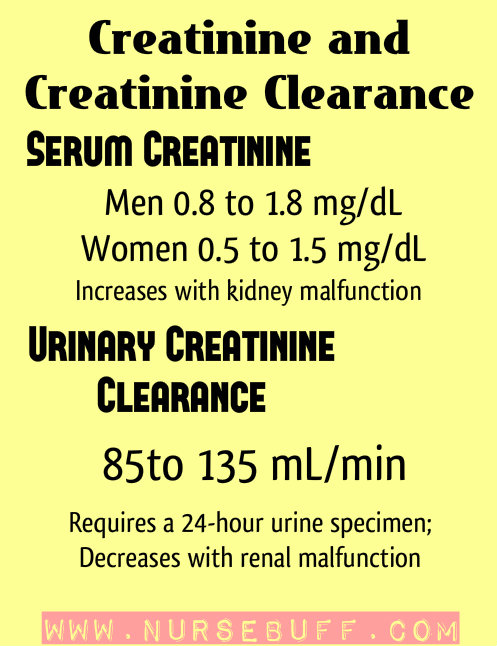 The hematocrit test measures the proportion of red blood cells to plasma. Normally, hematocrit is three times the amount of hemoglobin in the blood. 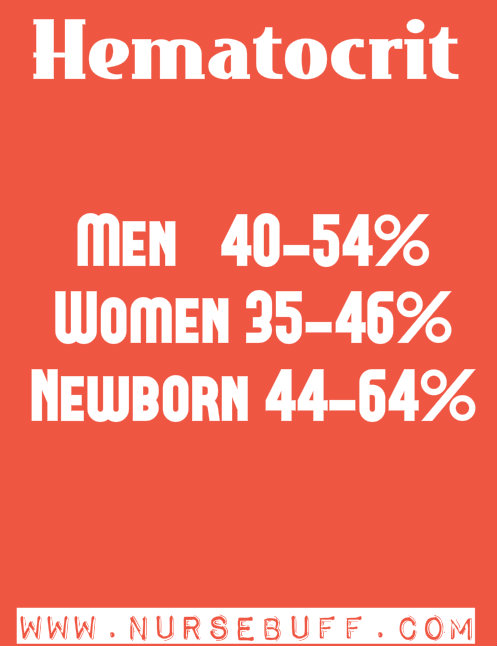 Both levels reach their peak within 2-12 hours. However, amylase returns to normal levels within 3 days while lipase remains elevated within 7-10 days. 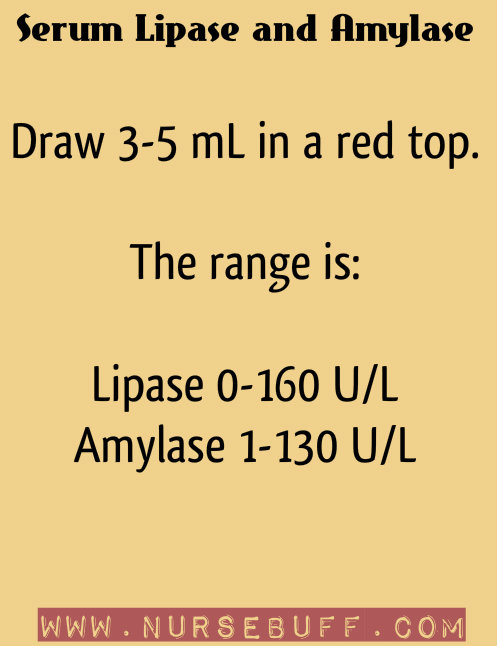 The LDL is considered as the “bad” cholesterol and it lodges in blood vessels. It increases the risk of developing coronary artery disease. Sources of LDL include fats, pork and cigarette smoking.

The HDL is known as the “good” cholesterol and it is considered good for the body. Food sources of HDL include eggs, olive oil and fish. 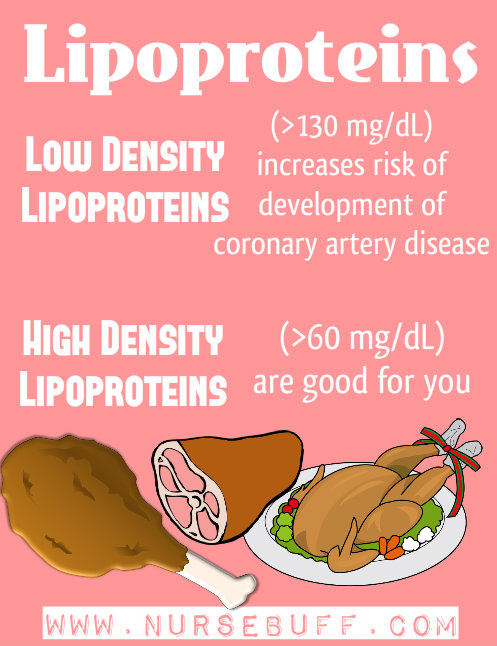 Sodium and chloride are the two important electrolytes in maintaining body fluid balance.

Normal sodium range is between 130-145 mEq/L while chloride is between 95-100 mEq/L. Correct levels of sodium and chloride in the blood help in maintaining normal osmotic pressure, acid-base balance and nerve impulses.

Potassium is a positive ion found inside the cells. Normal levels of potassium in the blood are essential in regulating electrical conduction within the muscles. A decrease in potassium levels is called hypokalemia which may elicit symptoms like dysrhythmias, weakness, decreased reflexes and ECG changes.

On the other hand, an increase in serum potassium levels is called hyperkalemia which may elicit symptoms like increased irritability, diarrhea and ECG changes. 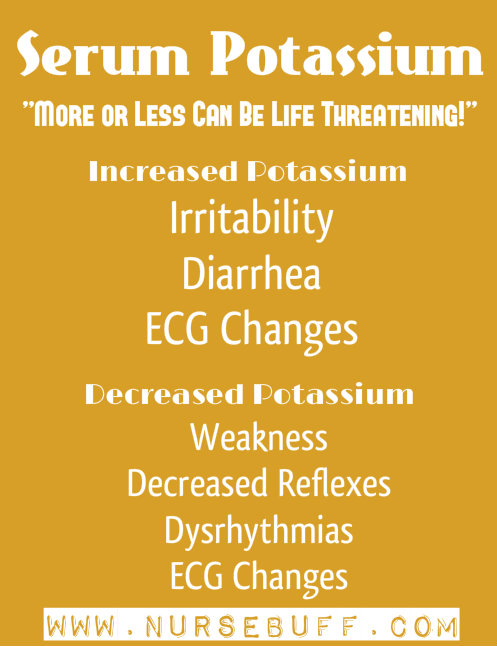 Prothrombin Time is used to measure how long it takes for the blood to clot. It can also be called as INR which stands for International Normalized Ratio.

The INR is used to standardize the result of PT no matter what the testing method is. If PT is more than 2.5 times the controlled value or when the INR is more than 4.0, the person tested is in high risk for bleeding. 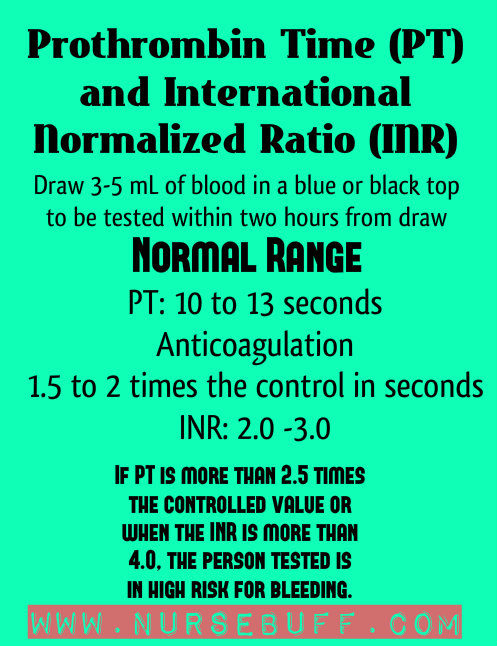 The Prostatic Specific Antigen or PSA is used to screen men for prostate cancer.

The PSA is a protein produced by the prostate gland and normal range is within 0-4 ng/mL. For men with benign prostatic hyperplasia, the range of PSA may run between 4-8 ng/mL. Men with prostate cancer may have more than 10ng/mL level of PSA.

Men should be tested for PSA when there is a noticeable increase in voiding frequency. Troubles in starting and stopping urine flow, blood in urine and back pain when urinating are other symptoms indicative for a PSA test. 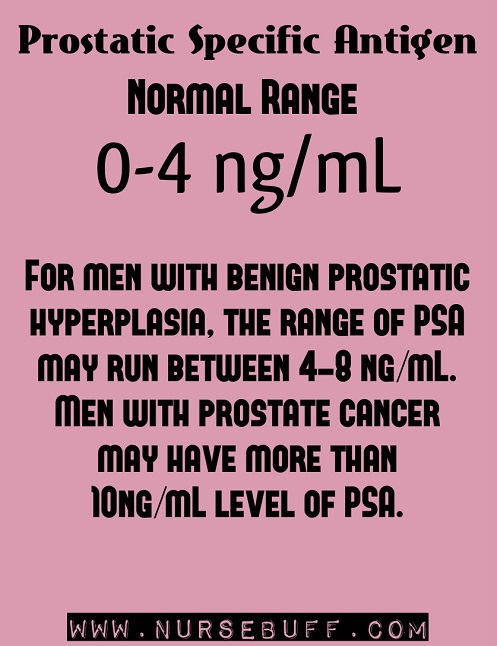 Ammonia is a waste product produced during the synthesis of protein. The liver converts ammonia into urea so it could be excreted out of the body. 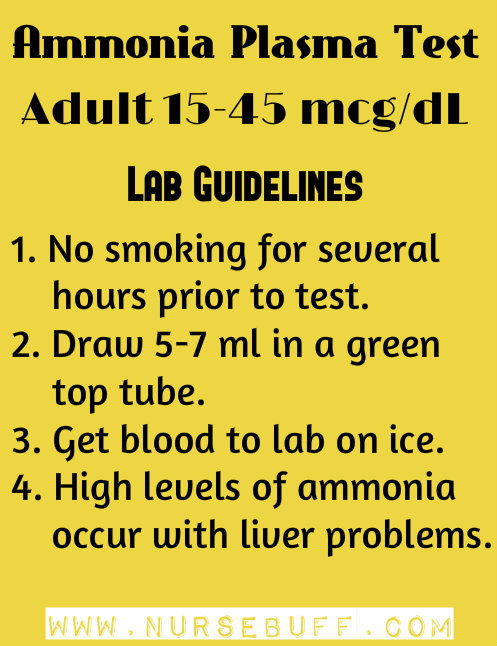 Top 10 Reasons Why You Should Never Be A Nurse

How to Prevent Medication Errors: 12 Effective Tips for Nurses