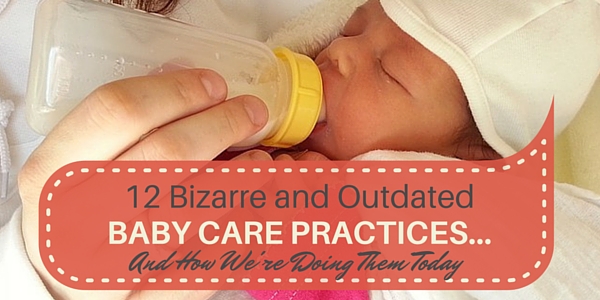 It is always entertaining (and interesting!) to recall the outdated baby care practices that are no longer recommended in today’s nursing care. Baby care practices have evolved and improved over the years as we all became aware of the evidence-based recommendations of experts.

Take a look at the following old practices in baby care and see how much these practices have improved or radically changed.

1. Use of talcum powder after bath 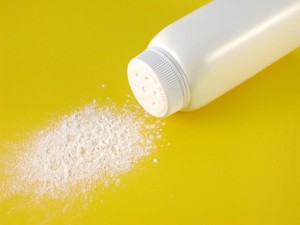 Before, applying talcum powder over a baby’s body after a bath was a universally acceptable practice. Talcum powder was thought to have heat-conserving benefits for babies especially after bath time.

Talcum powder used to be poured over the back, naval and genital area. There were different scents available and some variants were even incorporated with menthol.

Current Practice: Talcum powder is now used in moderation (or simply avoided) among newborn babies. It can cause respiratory problems especially for those born with allergies. More baby powder preparations are also cornstarch-based rather than talcum-based.

3. Use of toothpick in cleaning ears and nose 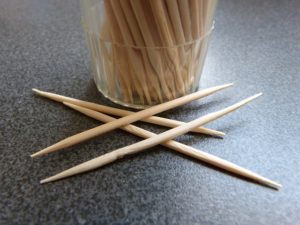 As horrible as it sounds, toothpicks were used before in cleaning an infant’s ears and nose after bath. The ends of the toothpicks were blunted and a small piece of cotton is wrapped around each tip. Q tips were not yet available before so this was an acceptable practice.

Current Practice: Since the emergence of Q tips, using toothpicks in cleaning an infant’s ears and nose became obsolete. Q tips are safer since toothpicks can perforate the infant’s mucosa even if the tips are blunted. 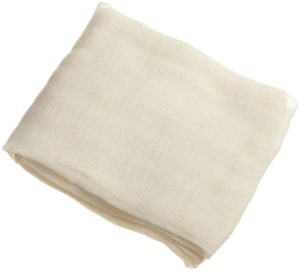 Early navel cord care included the use of a folded cheesecloth as an infant’s abdominal binder. It was believed that whenever an infant would cough, sneeze or push for bowel movement, the navel area would rupture and may herniate.

The navel area was also massaged with alcohol or oil before the application of the folded cheesecloth binder.

Current Practice: With the advancement of modern cord care, use of cheesecloth binders is no longer recommended. It may cause growth of infection in the navel area especially if it gets soiled with urine or feces. It may also cause breathing difficulties as the binder is applied tightly. Nowadays, standard cord care practices only include application of alcohol over the navel area especially after bath time. 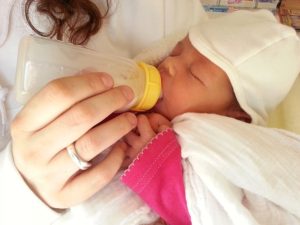 Current Practice: As we now understand the benefits of exclusive breastfeeding for infants, it has become a popular advocacy for newborn babies. Bottle-feeding is only advised whenever breastfeeding is not possible due to underlying medical conditions. 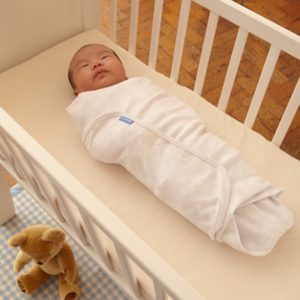 Swaddling is the practice of wrapping an infant tightly in a piece of blanket so movement of limbs is restricted. In  ancient times, swaddling was believed to help in ensuring normal physical gait as the infant grows. It was also believed to help babies sleep better as it prevented babies from waking themselves up with their own Moro reflex.

Current Practice: Swaddling is no longer recommended as it has proven negative benefits like hip dysplasia and hyperthermia. Skin-to-skin contact of mother and baby after birth is also encouraged rather than keeping a newborn baby swaddled in nursery. 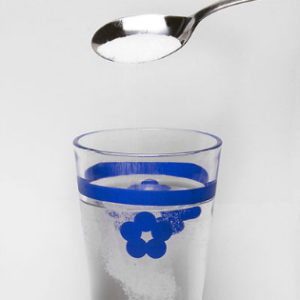 In the early 1900s, there were no vitamins for babies. Mothers believe that they can give additional nutrients to their babies by feeding them sugared water. They believed that the sugared water would make their babies healthier as they gain more weight over time.

Current Practice: There are many vitamin preparations now available for infants. Using sugared water as a nutriment became an obsolete practice as mothers became aware about proper nourishment for babies.

Long before, babies that turned yellow after birth were wrapped in yellow fabric to counteract this physical symptom. It was a superstitious belief passed by grandmothers before in resolving jaundice among newborns. The affected babies were also clothed in yellow outfits as they believed that yellowing of skin subsides with yellow fabrics.

Current Practice: This superstitious belief is no longer practiced nowadays as dressing jaundiced babies with yellow fabrics only creates an illusion that skin yellowing subsides. It has no scientific basis and it only masks the symptoms of worsening jaundice.

Years before, it was thought that a baby could catch a cold, flu, or even pneumonia by being exposed to circulating air while taking a bath. For this reason, all windows and other possible sources of drafts are closed when bathing a baby at home.

Current Practice: Drafts are still avoided during baby’s bath time nowadays as an infant may lose body heat when exposed to drafts. However, more mothers understand that babies will not easily catch pneumonia, cold or flu just by being exposed to circulating air.

10. Daily massage with oil to foster relaxation and strengthen bones 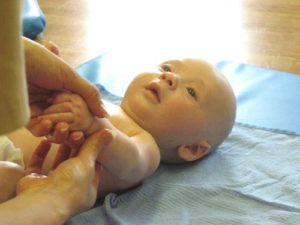 Long before, massaging baby’s body with oil was thought to strengthen and straighten bones. It was also believed to be beneficial in making the infant feel relaxed and less irritable. Different types of oils were used before like olive, mineral, sunflower and avocado oil.

Current Practice: Giving a baby a full body massage is no longer practiced. It doesn’t help in bone growth and there are even babies whose skin is irritated with some types of oil.

Doctors used to advise parents to only let their babies sleep on their stomach. It was believed that babies could choke on their spit or their vomit if they slept on their backs. It was a popular recommendation with parents because babies tended to sleep longer on their stomachs.

Current Practice: Parents are now absolutely discouraged from letting their babies sleep on their backs. This is due to the fact that 20 years ago, scientists discovered that stomach sleeping actually contributed to Sudden Infant Death Syndrome or SIDS!

Nobody knows why babies are safer sleeping on their backs but there are some theories in this regard. One theory posits that a baby lying with its face so close to the sheets (and surrounded by blankets and toys) keeps breathing the same air and does not get enough oxygen.

Another theory is that babies suffocate from mattresses that are too soft or yielding.

Whatever the case, since 1992, when the American Academy of Pediatrics began recommending this sleep position the annual SIDS rate has declined more than 50 percent.

As for the fears of aspirating or choking while a baby is asleep on its back, it has been observed that babies simply turn their heads when they are sick. 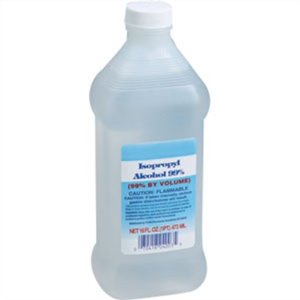 Old baby care books recommend the application of rubbing alcohol to baby’s body after bath. This practice was thought to be helpful in conserving body heat to prevent hypothermia. Pure rubbing alcohol was even used for newborn babies like Jean Nate as this was the only alcohol preparation available in the market before.

Current Practice: Rubbing alcohol is rarely used for babies nowadays as it can cause skin irritation. Cornstarch-based baby powder is more routinely used in conserving body heat rather than pure rubbing alcohol.

These outdated baby practices are just some of the known old beliefs in infant care. It’s amazing to see how these practices became obsolete when they were universally accepted before. This makes us wonder if the current baby care practices we know nowadays may also become bizarre and outdated as more advancements in infant care emerge.

Do YOU know of other obsolete baby care practices? Did we miss something in our above list? If you have something to share to our discussion, we’d love to hear from you. Drop by our FB page orInstagram anytime! 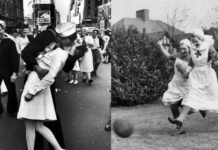 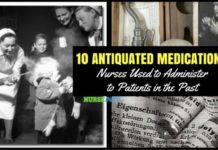 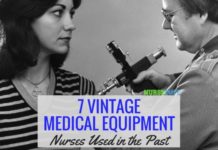 7 Vintage Medical Equipment Nurses Used in the Past 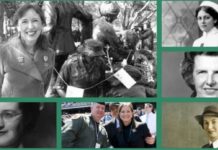 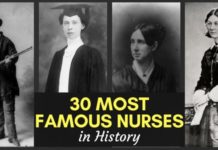 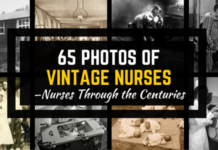