The concept of the sexy nurse dates back to hundreds of years ago – as far back as the Protestant Reformation in the 1500s to be precise. Back then, before Florence Nightingale made the effort to reform the profession, nursing was one of the lowest jobs women could get.

Dan Gentile wrote a piece on the history of the sexy nurse: “Due to the high risk of infection and dreadful working conditions, nursing was the literally the most dead-end job around. The only job it was a step up from was prostitute, which led the ranks of nursing staffs to be populated by workers of nebulous sexual morals who would often hold down two jobs, one providing healthcare, the other providing… something else.”

Today, nursing is a noble profession alongside teaching, however, there are still instances wherein the sexy nurse stereotype refuses to die. It resurfaces in movies, TV shows and other media.

Shows like Nurse Jackie, ER, Grey’s Anatomy and Mercy portray nurses in a different kind of light. Some characters are shown being too intimate with physicians while others are engaged in romantic relationships with their co-workers.

Even though these portrayals don’t always happen in real life, viewers are slowly made to believe them and it greatly affects the professional image of nurses.

The Problem With The Sexy Nurse Stereotype

Although we all know that being a nurse is far from wearing tight uniforms, smudged lipstick and messy hair, the problem is in what society thinks.

One study involving US youngsters showed a striking finding. Through “ER”, a fictional TV show that focused more of physicians, these youngsters considered nursing as a technical field that’s too low for private school students. Furthermore, they considered the job as just for “girls”.

Most people think that such stereotypical images can’t really harm the profession. However, with the current shortage of nurses, this is something one can’t just dismiss.

If that isn’t enough, a poll done in 2010 in the UK conducted by an online recruitment agency revealed that 68% of the participants considered that the sexiest job a woman could get is being a nurse.

This leads to another problem: sexual harassment in nursing.

There are nurses who experience sexual harassment from the same people they are caring for. This makes things a lot more complicated. Since they are patients, nurses find it hard to file a complaint. And when they do, they are often told to just keep it quiet.

The more nurses are silenced, the more they become thick-skinned about sexual harassment. As the cycle continues, the less they acknowledge the seriousness of the issue.

What Can You Do?

Breaking the sexy nurse stereotype isn’t that easy, particularly when you consider how far TV shows and ads can affect people’s way of thinking. This, however, doesn’t mean that there’s nothing you can do about it.

Always act the professional and do not accept anything less than respect. Patients should respond to this consciously and unconsciously especially since they are ultimately entrusting their lives to you.

Considering the nature of our work, setting boundaries can be tricky but it’s something you have to do. If you feel like your patient is going beyond your physical boundary, don’t be afraid to confront the harasser. Make it clear that the behavior is not welcome and it’s making you uncomfortable.

Report the incident to your superior and make sure to write a detailed report right away. If your supervisor or institution is unable to help you, there are government agencies and support group you can rely on.

And to put a stop on what fuels sexual harassment, you can take action and join campaigns that aim to end the sexy nurse stereotype portrayed by the media. One good example of this is the Ontario Nurses’ Association who stood up to object to the MTV series, Scrubbing In, which features hard-partying young nurses with steamy nightlives.

A Word Of Caution

Not all patients who call you sexy are thinking negatively about you. Keep in mind that the word “sexy” can relate to a number of things.

For some people, smelling nice is sexy. For others, being smart and efficient in one’s work is sexy. A patient who has Alzheimer’s disease can call you sexy in a sweet way for just being nice and caring to him.

Frankly, there’s nothing wrong with being called sexy so long as it’s not degrading, offending or demeaning. If it feels that way, don’t hesitate to stand up for yourself. 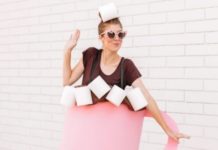 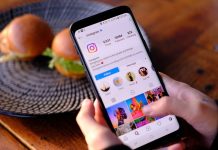 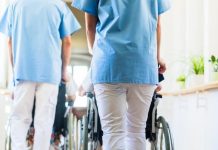 Which Nurse Jackie Character Are You?