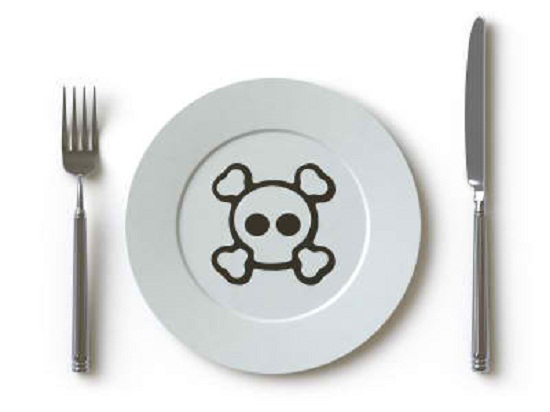 Note: Cancer is a disease that can arise from multiple factors. Although diet plays a major role in causing cancer, one should never disregard the fact that genetics, lifestyle and exposure to environmental chemicals can also increase one’s chance of getting cancer. However, knowing the right thing to eat can significantly help in decreasing one’s cancer risks.

You are what you eat, they always say. But in the case  of carcinogens, having the right food selection can ultimately save someone else’s life. This is because  a carcinogen usually mask itself using mouth-watering and palatable food choices in the market. And in case you still don’t know, carcinogen is the term being used to pertain to those cancer-causing foods or agents that are usually added as preservatives.

Again, diet is not the ONLY cause of cancer but would you risk your own life by not knowing which foods you eat everyday actually contains carcinogens?

With the continuous development being done in food preservation, more and more items are becoming the focus of health experts for their overwhelming potential as cancer-causing foods.

You might not be surprised that too much sugar from soft drinks diet  can support some cancer cells on their growth and nourishment but there are more foods that you might be missing out. Here are the top six cancer-causing foods you may want to avoid:

Eating charred or burnt meat is not actually  delectable, let alone free from any health hazards. According to National Cancer Institute, eating burnt meat  has been linked to cancers of the digestive system. In addition to this, a research study led by Kristin Anderson of the University of Minnesota has claimed that eating charred meat can increase a person’s chance of getting pancreatic cancer by almost 60%.

Hot dogs (those that are high in nitrites)

Kids love to have hot dogs in the table but if you don’t choose the right product, you might just increase your family’s chance of getting cancer. According to Cancer Prevention Coalition, eating hot dogs that have high amounts of sodium nitrites can increase one’s chance of getting cancer. A research study that was conducted between 1980 to 1987 at Los Angeles  County has revealed that children who eat more than 12 hot dogs a month are more likely to get leukemia, a known cancer of the blood. Sodium nitrites  are known preservatives being used to combat botulism among processed meats but this same chemical can bind to amines upon cooking to form potent carcinogens that are also linked to cancers of the digestive system.

Fried potatoes, commonly known in fast food terminologies as simply “french fries”, have been the focus of health-related criticisms for years. This is not surprising because potatoes of this type are being cooked using hydrogenated oils and trans-fats–two contributing factors to fatal heart diseases. Moreover, potatoes contain carbohydrates that release carcinogenic by-products called acrylamides during the deep-frying process. A Swedish study backed up this claim by revealing how acrylamides have helped in forming cancer cells among rats.

To make a tasty and flavorful product, processed meats must contain preservatives. Unfortunately, sodium nitrites commonly found in processed meat products like tocino can also increase one’s chance of accumulating carcinogens in the body. In addition to that, bacon also contains high levels of saturated fats, enough to cause breast cancer among women if eaten persistently.

“Reader’s Digest” says it all: doughnuts are a disastrous foods to eat during break fast. And as it turned out, it seems that this sugary treat can be disastrous any time of the day if taken in excess. This is because, doughnuts contain high amounts of sugar, deep-fried in hydrogenated oil and are made up of refined products (white flour)- – -three necessary ingredients to create potent carcinogens.

Sweetened beverages are defined as those juices or drinks being sold commercially and contain high amounts of refined sugar. According to a scientific study published on ”Cancer Epidemiology, Biomarkers & Prevention”, people who consume two or more servings of soda per week have an 87 percent higher chance of developing pancreatic cancer compared to individuals who do not consume soft drinks. Excess sugar doesn’t directly cause cancer but promotes proliferation of tumors by providing them a steady supply of nourishment. In the process, these tumors might show signs of malignancy and finally cause cancers of the digestive system.

Healthy eating is a must for a healthy living. There are foods that can significantly increase one’s chance of getting cancer but keep in mind that the secret in enjoying life will always be moderation. For this reason, taking too much of the six cancer-causing foods above will bring a satisfying gastronomic experience but in the long run, can rob you of additional years to enjoy life because of cancer. Fight Cancer. Eat right.

15 of the Most Common Nursing Pet Peeves

The 12 Best Hand Lotion for Nurses

Best Apps For Reviewing For The NCLEX

10 Anti-Cancer Foods You Should Always Eat