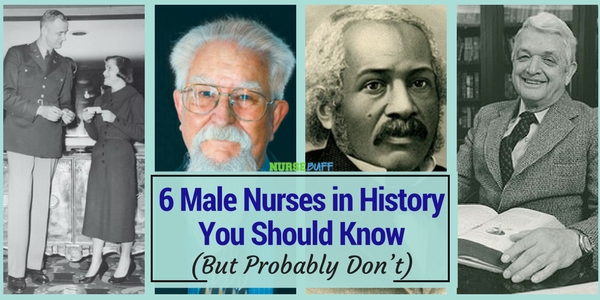 Nursing is a female-dominated profession. Men who decide to take up nursing should be prepared to face a lot of scrutiny. They can be regarded as less masculine and incapable of getting the job done correctly. Some people may even find it hard to trust their skills causing rejection and unfair treatment.

Here are 6 male nurses who have made their marks in the history of nursing.

St. Camillus de Lellis is more than just the patron saint for nurses. In fact, he’s one of the first male nurses of the profession.

After struggling with gambling and aggression during his service as a soldier, St. Camillus returned to the hospital which dismissed him earlier and became its director. He provided care for the dying and sick, particularly those who struggled with alcoholism. He also attended to the needs of the wounded soldiers of the battle and instituted the Nursing Orders of Ministers.

During his time, St. Camillus was able to establish a hospital for alcoholics. He was also able to develop the first ambulance service. The use of the present sign of the red cross was attributed to St. Camillus de Lellis.

Despite being known for his healing gifts, St. Camillus suffered from the non-healing wound in his leg for most of his lifetime. At 32 years of age, he decided to become a priest only to resign in 1607 to have more time in taking care of the sick.

In 1955, 2nd Lt. Edward T. Lyon became the very first male nurse to be commissioned in the Army Nurse Corps in the US as a reserve officer. He was a nurse anesthetist before he began active duty four days after his commissioning, joining over 3,500 commissioned women in the service.

His entry to the army paved the way for the uplifting of the male nursing status in several military nurse corps. Although male nurses were generally given permission to be in the army during that time, they held lower positions, such as pharmacy technicians and orderlies.

Since Lyon’s time, more male nurses were given the opportunity to hold higher positions in the military nursing services.

Joe Hogan’s story is fascinating in that it tells the story of one male nurse’s fight for equal rights.

In the late 1970’s, Joe Hogan, an African-American nurse, was already working as a supervisor in a community hospital. A few years after he started working, he decided to pursue his career and advance his education. Hogan decided that getting a bachelor’s degree in nursing is one of the best ways to boost his career.

Unfortunately, however, the closest program that accepted men during his time was too far from where he was. Deciding that the 150-mile distance wasn’t practical, he decided to send his application to the Mississippi University for Women. Upon application, the university denied his paper and told him that although he could get an audit for the classes, he would not be able to receive credit for them.

This prompted Hogan to file a case against the school on the basis of the violation of his 14th Amendment rights, which was the Equal Protection Clause. In 1982, the court ruled in favor of him, ending school sex discrimination in publicly funded nursing schools throughout the country. 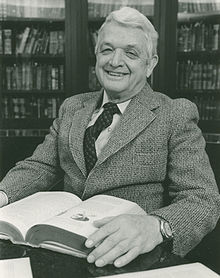 Luther Christman had his own experiences of discrimination during his career. One of his earliest experiences was being denied admission to two different nursing programs just because of his gender. Although he was granted permission to study at Pennsylvania Hospital School of Nursing later on, he was denied to get his maternal rotation because he was a man.

Christman became successful in his advocacy for male nursing after establishing the National Male Nursing Association, which was eventually renamed as the American Assembly For Men in Nursing. Aside from this achievement, he was also the first man to be inducted into the hall of fame of the American Nurses Association.

Some of his other achievements include being the first male nurse to be a dean in a US nursing school. The position enabled him to hire African-American women to assume faculty positions in Vanderbilt. 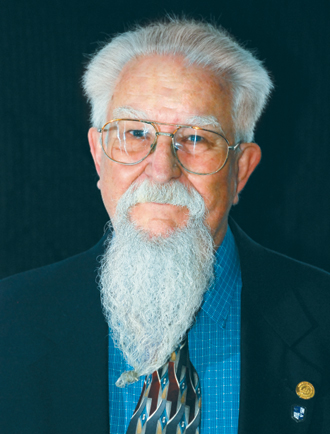 Russell Tranbarger is another male nurse who successfully secured a position in the Army Nurse Corps by serving as a medical surgical nurse. During his early career, Tranbarger didn’t make a lot of noise. However, realizing how discriminated male nurses are and how small their number was, he figured that the best way to advocate for their role was to assume a leader position. He mentored other male nurses and offered support to them.

In line with his realizations, Tranbarger assumed several executive positions. He was also able to co-author a book titled Men in Nursing: History, Opportunities and Challenges. His accomplishments inducted him into the Hall of Fame of the American Nurses Association in 2012. 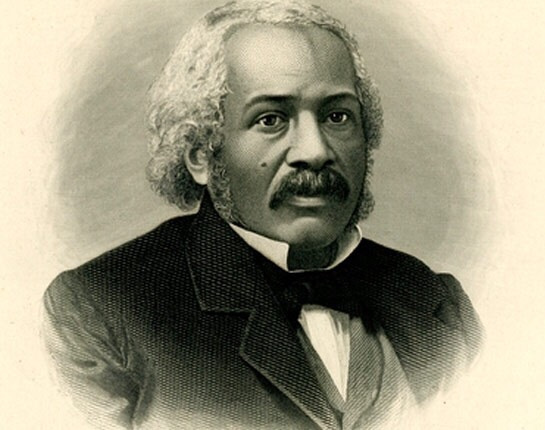 James Derham was born as a slave. He served under several doctors in Pennsylvania, where he learned a lot of skills. Although he was never formally taught, his experience in assisting doctors gave him enough insights to work as a nurse and pay himself off of slavery. After gaining his freedom, Derham started his medical practice in 1783. He is credited as the first African-American to work as a physician in the US.

With his ability to speak three languages, James Derham was able to serve several races and different clients. He specialized in cases involving throat disorders and climate-related diseases. Today, you can even find a school dedicated to him in New Orleans.

Do you know of other male nurses in history who have contributed immensely to the profession? What names and contributions can you add this list? 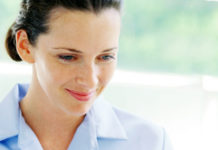 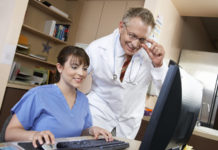 How to Make A Good First Impression At Work: A Handy Guide For New Nurses 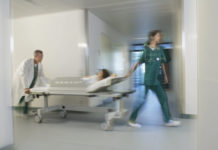 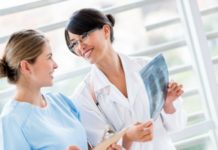 What To Do When Nurses Gossip Behind Your Back 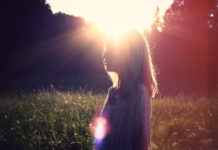 Are You Embodying Your Personal Philosophy of Nursing? 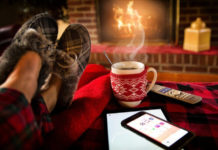 Travel Nurse Jobs – Everything You Want To Know

TODAY’S QUOTE: You will see life begin and end