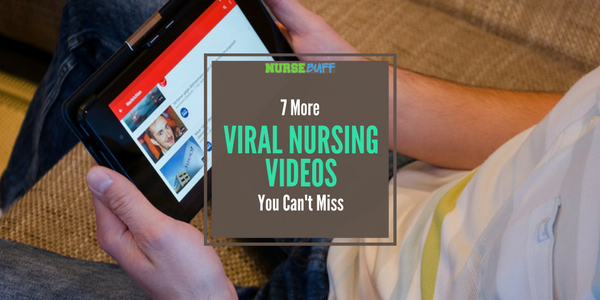 Ever tried watching viral nursing videos for your daily dose of inspiration at work?

If you’re too busy to get yourself updated with the latest trending news and videos around the web, we’ve got you covered! We compiled the latest nursing videos trending in Facebook and other social media sites nowadays.

Shed a tear or have a good laugh watching the following top picks:

This is a funny parody about the hardships of being a nurse. It’s hilariously realistic.

The parody starts on an apparent nurses’ strike and ZDoggMD, a physician with a side talent in singing and rapping, believes he can also do what nurses do. And there starts his funny realization about the hardships of nurses in bedside care.

Admit it. We can all relate to every single problem in this parody!

Although many parodies are insulting, this one is different. It pays tribute to the amazing work of nurses, honoring all nurses and nursing students around the world.

Also Read: 11 Viral Nursing Videos That Will Inspire You

This is actually a promotional ad produced by Kleenex. But beware – by watching the video, you will eventually need a box of Kleenex!

The ad’s theme is all about miracles. But for this particular ad, they featured a miracle worker who hailed from the NICU Department.

Renee is a NICU nurse who takes care of premature and critical newborn babies. In her work through the years, she witnessed miracles among her patients who eventually survived and grew to become healthy and active children.

In the highlight of the video, Renee had her past patients gathered in a room. The statements coming from the parents of the kids are truly heart-touching. Seeing how grateful Renee when she saw all her grown up patients gathered is dreamy.

If you watch it, you’ll see just where we lost it. Gotta blame that onion-chopping ninja in the room!

A mother’s love for her child is always the purest above all. This video features how thankful a mother is for her son’s nurses.

Kathy never left her son Cory in the hospital when he was dying of complications from heroin addiction. But considering the nature of his son’s illness due to drug addiction, she expected stigma and rejection from her community.

But that expectation proved otherwise with the nurses that stood by her side. Her son’s nurses were very supportive. She felt that the nurses treated them like they are the most important people in the hospital. This treatment allowed her son to spend his last days with full dignity.

When her son passed away, she wrote a handwritten 10-page letter for the nurses. Her words are inspiring and she will make you proud that you chose to become a nurse.

This is adorably cute. Some people may view marriage proposals bitterly but the story is always sweetly different in pediatric wards.

Gideon, a 5-year old boy who is battling leukemia, proposes to his favorite nurse who he lovingly calls “tall Sarah”. After learning that Sarah is single and not married to any of her co-nurses in the ward, Gideon is quick with his actions. He made an engagement ring out of pink and white pipe cleaners complete with a purple heart-shaped bead at the center.

In the front of the nurses’ station, Gideon bravely bent in one knee and proposed to Sarah. Of course, Sarah accepted and shared the joy with her fellow nurses.

This video is made by a nurse who just came from a 13-hour shift in a hospice care facility. It’s a raw video posted in Facebook but it became viral because of the message she wanted to share.

As a nurse, she shared that witnessing deaths is pretty common for her line of work but there are still few ones that gets her from time to time. Her patient that morning just died and when he took his last breath, it felt like a magical moment.

She wondered if there was something in that man’s life that he wished he’d done differently. Her patients in the hospice care are given a certain period of time to live and when you know the amount of time left to you, would you have regrets in the life you lived?

The nurse’s message is an eye-opener especially for those who are not in the medical field. Live your life to the fullest and move on from the little things that make life feel miserable. These are the important life lessons she hopes others will not take for granted.

The Nurse Who Declared War on Hitler

This video was one of the most viral nursing videos in Facebook for a long time. It’s a great piece of history that happened during World War I’s holocaust.

Irena Sendler was a nurse in Poland. When the Nazis built the Warsaw Ghetto, thousands of Jews were imprisoned. On average, 5,000 Jews died each month due to hunger. Anyone caught escaping or smuggling Jews outside were shot to death. Sendler became horrified of the situation and vowed to declare war against Hitler.

Sendler gained access to the ghetto by pretending that she needed to check for diseases among imprisoned Jews. Inside, she pleaded with mothers to give their children to her as she found ways to get them out of the ghetto.

She smuggled the children out through coffins, sacks and any suitable items that came her way. Soon she was caught and tortured to give information on the whereabouts of the smuggled children but she refused.

Sendler suffered from a broken leg during her capture but it didn’t break her spirit. After the war, Sendler dug up the list she made of the children she rescued. In total, she was able to save the lives of over 2500 children.

Patient Proposed to Her Nurse While Under Anesthesia

Well, we guess marriage proposals are pretty common in hospitals! But for this video, the proposal happened under the influence of anesthesia.

A young girl has just had operation for her broken arm. While still high from anesthesia, the girl lovingly looked at her nurse and proposed.

Nurse Luke is equally funny with his overwhelming giggles and shock. It’s adorable to watch the girl arrange their marriage while Nurse Luke patiently holds her hands and agrees with her plans.

Did you have fun watching our picks of the latest viral nursing videos? Share the laugh, or the cry, with your fellow nurses. Altogether let us be proud of the noble profession we chose as nurses. 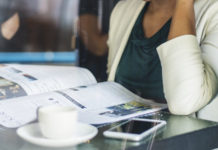 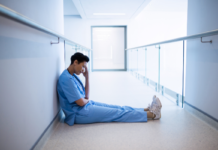 Nursing: Not A Dead End 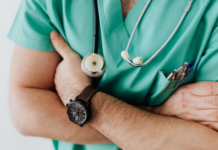 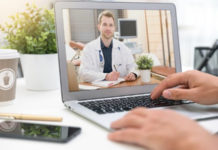 How Nurses Will Lead The Adoption Of Telemedicine 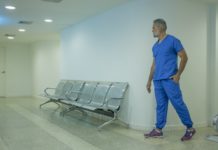 10 Tips For Surviving The 12-Hour Shift

The Highest Paid Nursing Specialties and How To Find Your Niche

10 Antiquated Medications Nurses Used to Administer to Patients in the...

What is a Magnet Hospital?