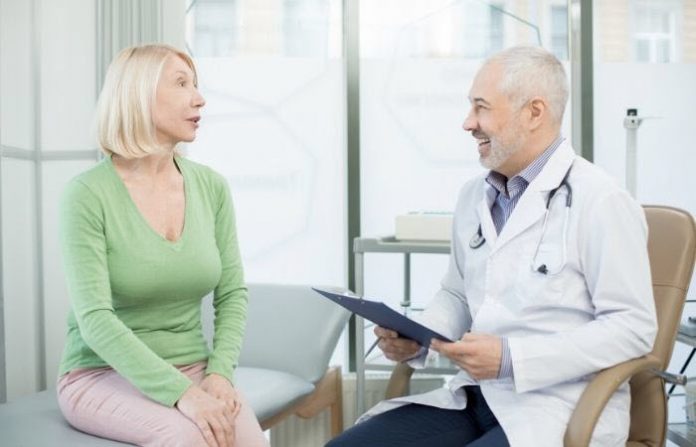 Nurses take care of a lot of people on a daily basis. This means that they get to experience lots of things at work. From misbehaving patients to weird cases, they surely have lots of stories to tell, including really funny ones.

If you are feeling stressed and anxious lately, these 10 weird but funny patient stories can help cheer you up.

1A Tutorial On How To Escape

“Had a patient who was a prisoner, shackled to bed. As I start opening her meds, I look up at her TV, and see she is watching a show that is describing how to escape handcuffs if you’re kidnapped. She looks at me, and then at the officer watching her and says “Maybe I shouldn’t be watching this…”

2At An STD Clinic

“I had a patient come to an std clinic and he was complaining about how the condoms were bothering him. He then proceeds to talk about how he WASHES them with soap before he uses them. There came a point where he started to talk about a cucumber video, I almost lost it there.”

“There is probably some medical explanation for this, but still the weirdest thing I’ve seen as a nurse so far. We had a very robust, confused old lady on our floor. Her room was in front of the nurse’s station so we could keep an eye on her, and had one of our nurses aids as a sitter too. She was always fighting, kicking, trying to get out of bed. Very restless and agitated, as some patients I’ve had before can get before death. One day we were called into the room as her heart rate was going down and she lay still with her eyes open. It was 30…20…then flat lined. We checked for a pulse and did not find any. She was a DNR so we did not attempt resuscitation. We close her eyes, prepare to get the body bag and call the family, the sitter remains in there to start getting the body ready. Less than 10 minuets later she calls us back in. The old lady is at it again, hitting, kicking, trying to get out of the bed. She came back to life! Honestly we found the situation hilarious, and I still have never seen any patient come back like that on their own. I think she made it out of the hospital too.”

“Around Christmas time two years ago in a dementia unit, one of my ladies was just the most adorable person. I was walking (she was riding because wheelchair) her down the hall and we stopped to talk to a fellow worker. When my lady reached up to pat the aide, she just managed to reach her both very ample boobs & belly and left it there while we were trying not to crack up. Conversation ended and we turned to leave, Lady cocks her head back in aide’s direction with, does the backward thumb jab in classic “didn’t fool me” fashion, then whispers “fuckin Santa Claus. Can you believe it?”

“Student nurse here, I work in home care. I once got a call from a cliënt who was freaking out because a friend brought her home and now her friend said she didn’t feel well, to the point she wasn’t responding anymore. So here I go, rushing over, thinking about the questions I need to ask, things I need to observe, possible outcomes etc. I arrive at the cliënts house, my cliënt comes running to me: “come fast come fast! there she is! she runs to the couch and starts rubbing a pillow. Turns out she was hallucinating.”

“A nurse friend of mine just dodged two rocks thrown at her last weekend from a patient who pulled them out of her vagina.

When asked why she had rocks in her vagina, the patient said its her purse.”

“I had a 19 year old girl come in for nausea/vomiting in the morning for a few days. I asked her if she was pregnant and she said “no my boyfriend pulls out.” Boy were they in for a surprise.”

8A Different Kind Of Sample

“Sent a male patient into the bathroom to collect a urine sample. Took him much longer than expected. He misunderstood and gave a semen sample.”

“Got called 2 a.m. because a patient demanded to see me because “her daughters farts smelled too bad”

“A woman came in for a baby check with her 6-month-old and she had what looked like chocolate milk in the baby’s bottle. So he started explaining to her as kindly as he could that she shouldn’t be giving her baby chocolate milk. At which point she interrupts him and says, ‘Oh that isn’t chocolate milk. It’s coffee! He just loves it!”

“Had a young man come into my ER (scribe, not doctor) one day complaining of dental pain. His wisdom teeth were coming in and turns out he had tried to cut them out with a steak knife. He was confused as to why this hadn’t made his pain better.

When I asked why he hadn’t gone to his dentist to have them removed, he said something along the lines of, “I’m really scared of needles.”

“I had a patient present to the emergency room with a chief complaint of passing out. He reported that he would just “pass out” in the evening. I asked him if he ever fell and hurt himself. He said no, that he is in bed when it happens. I asked him how frequently this happens. He said “every night.”

“Had a woman come in the ER holding a dixie cup full of her husbands semen. According to her they thought he was sterile and now she thinks she might be pregnant, so she brought in a sample and wanted us to see if there were “swimmers” in the sample. She was politely asked to leave.” 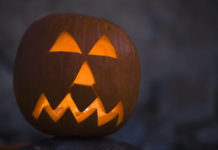 TODAY’S QUOTE: No Beauty Shines Brither Than That Of A Good...

TODAY’S QUOTE: Opening up to failure

25 Gifs For Nurses That Show Our Lives In Hilarious Detail